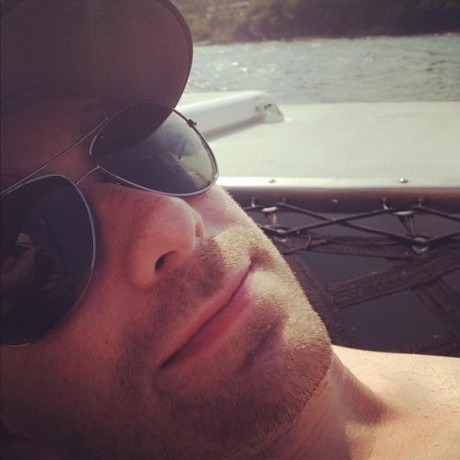 This tiny project was built to show how simple it is to add keyboard shortcuts (with UIKeyCommand) to any SwiftUI app. After implementing the main parts below, you'll have the hold-down-⌘ button work in all of the views where you want to support it, listing out every keyboard shortcut available to the user. The user expects it, don't let them down! 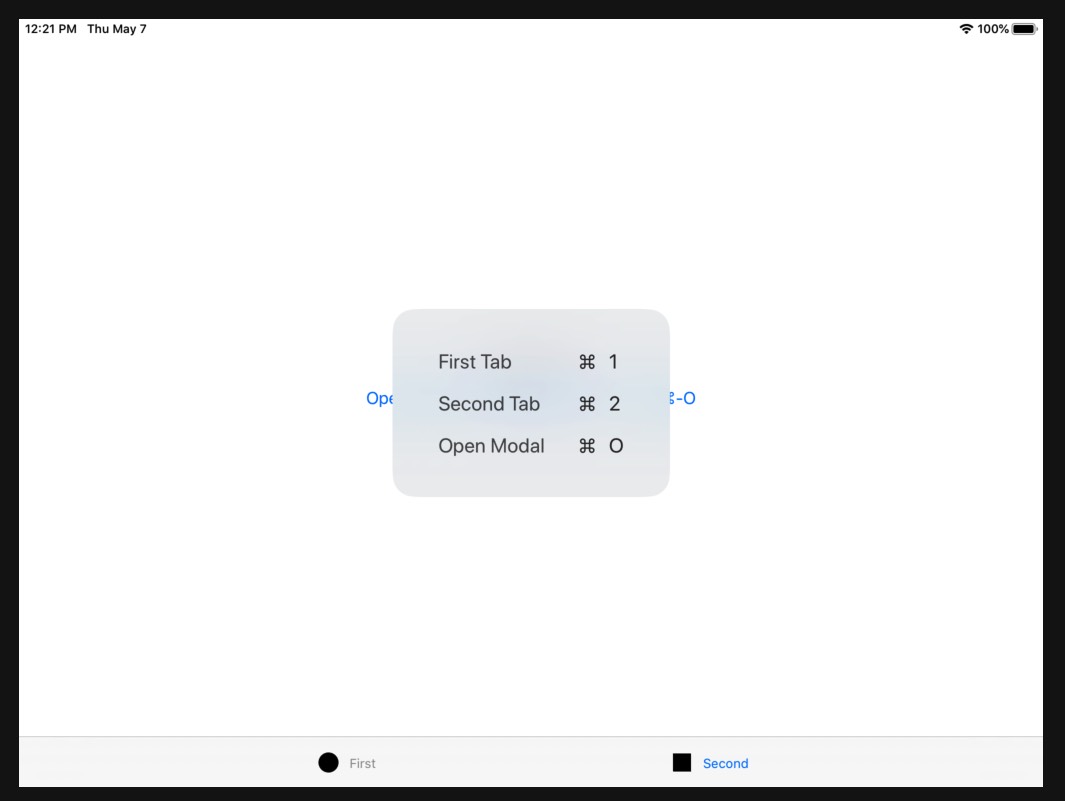 If all you want to do is add add Cmd-1, Cmd-2, etc keyboard shortcuts to active different tabs, literally all you need is the following:

In the full demo, I also show how you can use an ObservableObject and state for a more complicated example, to allow for opening and closing modals, using hidden keyboard shortcuts, etc, but the basics are the same. The app will always look to the keyCommands defined in the AppDelegate, so based on the user's current view, you would simply return a different array of UIKeyCommands.

There's a more thorough walkthrough that I'll be writing up on Medium soon, but I wanted to get this out there as soon as possible as I couldn't find any solution through Google or asking some of the great SwiftUI fans on Twitter and elsewhere for a clean way to do this. I purposely provided a few different methods to help you find the best way to integrate these keyboard shortcuts in your apps, and urge you to please add them ASAP. It's just behind adding accessibility to an app in my view, especially with the amazing new Magic Keyboard for iPad Pro, you likely have a lot more users now who will be looking for keyboard shortcuts in your iPad app.

One more cool thing in here is adding "invisible" shortcuts by leaving the title of your UIKeyCommand empty, as you can see implemented for modals. Please add support for the universal methods to close any kind of modal and make the iPad world a better place, ⌘-W and Esc (which will also give you ⌘-. for free, as it sends Esc when used):

I also added in the backtick, as that is where Esc would normally be on a US keyboard, after seeing the always-awesome-and-funny Christian Selig add it into his equally awesome Apollo app for Reddit and though it was just too damn clever not use myself in my app:

Try it out in the App Store with CardPointers

Speaking of which, shameless plug ahead: if you have a credit card or you're looking for your first one(s) to help get the most cash back or points/miles to make traveling ridiculously cheap/free, or if you just want to play with a free live app in the App Store that's using these exact same keyboard shortcut techniques, grab CardPointers from the App Store, you'll be happy you did.

PRs are most welcome and I'll do my best to answer any questions; best way to reach me is through Twitter @emcro.